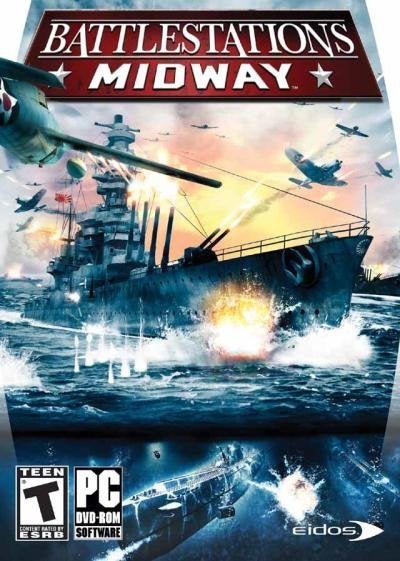 The second of Eidos' action/simulation game series, Battlestations: Pacific delivers intense, action-packed combat and strategic warfare at an extraordinary scale and features two distinctly different single player campaigns. The game features a massive U.S. and Japanese single player campaign that offers a unique blend of action and strategy. Players must plan their moves carefully on huge open-world arenas and fight in the air, above sea and underwater to relive some of the most hard-fought battles in WWII history. With the newly added Japanese faction, players will also gain insight into what could have been, should Japan have gained the upper hand against the United States. Battlestations: Pacific also features five new innovative multiplayer modes to strategically plan and battle against friends with all new maps and units. Command the air, sea, and sub forces. Launch full-scale attacks and at anytime switch to and take full-control of any plane, ship or sub. You command, fly the attack, fire the battleship’s 15-inch guns, and submerge the mini-sub anyway you choose throughout the battle 28 full-scale battles across two unique campaigns. The historic American campaign begins after Midway and goes to Guadalcanal, Leyte, Iwo Jima, Okinawa, and more. The what if Japanese campaign begins at Pearl Harbor and goes to the Java Sea, Port Moresby, Midway, and beyond Fighters, bombers, carriers, battleships, cruisers, destroyers, subs, mini subs and more. 17 US planes including the new Corsair fighters and Curtis Helldivers, and 20 Japanese planes including the Mitsubishi J2M Raiden (Thunderbolt), and the night-fighting Nakajima J1N1 Gekko Huge multi-unit battles for up to eight players (four on each side) on Windows Live. The largest battle involves over 100 units. And five all-new online gameplay modes: Island capture, Duel, Siege, Escort, and Competitive

Other brands in PC Games