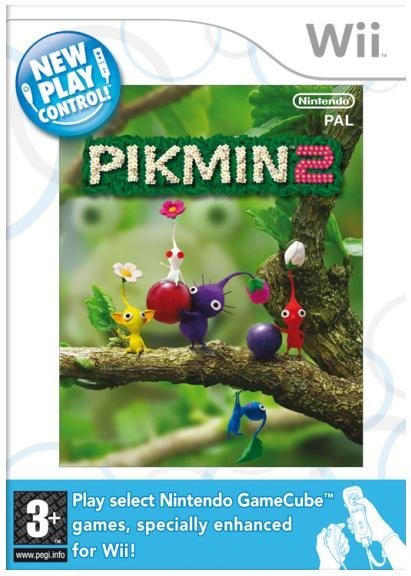 Captain Olimar has returned to the planet where it all began, but this time he hasn't crash-landed, now it's all about business. Captain Olimar's company is going bankrupt, therefore in order to save ...
Read more

Captain Olimar has returned to the planet where it all began, but this time he hasn't crash-landed, now it's all about business. Captain Olimar's company is going bankrupt, therefore in order to save it, Olimar has to return and salvage the treasure strewn all over the planet. His company's debt is a whopping 10,000 pokos so this task is almost too much for one man to handle. Luckily, his trusty assistant, Louie, has joined him this time, so if the two of them can delegate their work well, they should be able to repay the company's debts in no time! Of course, they'll need the help of the Pikmin to do that - these two can't do anything by themselves. Players must give precise orders to their Pikmin in order to defeat enemies, grow more Pikmin and solve puzzles. Players will need to take advantage of the new powerful Purple Pikmin and poison resistant White Pikmin, plus new items as they plan their strategies - with more than 60 different species of enemy characters and randomly generated dungeons that span the planet, Pikmin 2 features much more fun gameplay than ever. And this time around, time is limitless, so players can head straight for the action or spend as much time exploring as they please. This second game in the Pikmin franchise improves and expands on the real-time fun offered in the first. In Pikmin 2, Captain Olimar returns to the planet he was originally stranded on, to collect trinkets for his failing company to sell back at home. A new two-character play mechanic has been added, which allows players to switch between two spacemen while collecting items. Along with the new playable character, two new Pikmin types have been included-- large hulking purple Pikmin, and small and feisty white Pikmin. Two-player co-op challenge missions and a competitive mode are also available.

Other brands in Nintendo Wii Games