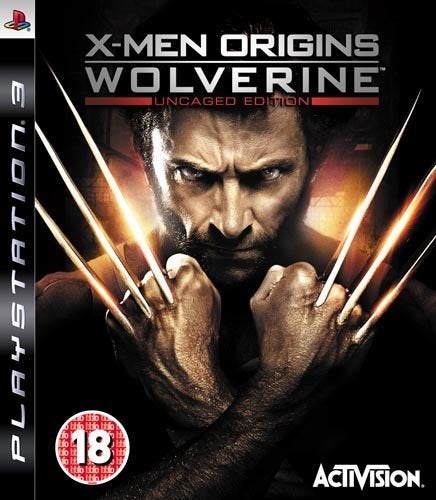 Uncage Wolverine’s tragic past and discover how the ultimate weapon was created. Unleash the razor sharp adamantium claws, feral instincts and mutant regeneration power of the world’s fiercest hero. Visceral combat. Pure rage. Epic battles. Take on the impossible in your hunt to uncover the secrets of Weapon X...then exact your revenge. X-Men Origins: Wolverine is an action-adventure featuring a true-to-character Wolverine gameplay experience that takes gamers through and beyond the movie's storyline. Set in a variety of vivid real-world locales, the title challenges players to hone their animal instinct as they uncover hidden dangers, hunt and destroy enemies, and take on seemingly insurmountable situations while discovering the truth about Wolverine's tragic past. With razor-sharp adamantium claws unsheathed, the future X-Man enacts lightning-quick combat, evasive maneuvers, in-depth combo attacks, and an array of brutal finishing moves. Wolverine doesn't just deliver massive damage, either – he also takes it, thanks to his mutant regenerative power that heals him in real time right before the player's eyes. Cinematic Intensity—Fall to earth from 30,000 feet in the air with no parachute, lunge through spinning helicopter blades, take on entire platoons at once—level after level of epic gameplay awaits. Astonishing Cast of Marvel Heroes and Villains—To uncover Wolverine’s turbulent past, he must fight with and against the most popular characters in the Marvel universe. Gambit, Sabretooth, The Blob, and more combine to make this the most intense action experience in gaming. Epic Boss Battles—Go beyond mere minions to battle the biggest, baddest bosses Wolverine has ever faced including 200-foot tall Sentinels, grotesque Wendigos, and unyielding Leviathans.